Latest News From Around The Town of Preble, NY: 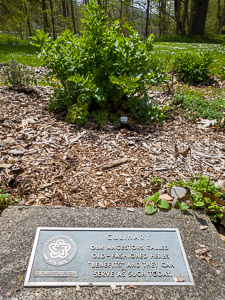 What is a victory garden, you may ask? Victory gardens were started by the average citizen during World War I with the intention of growing vegetables for family consumption in mostly urban areas to help with the war effort. Rural people had always had a history of growing gardens as a means of sustenance, but for urban dwellers, this activity was something new.

The home-grown production of fruits and vegetables not only relieved the nation of producing a percentage of the community’s food supply, but also of the burden of transporting the food from the farms into the cities. The movement made local food production possible and it gave people a sense of pride to help in the war effort where otherwise they could feel helpless.

During World War I, soldiers were fighting overseas at the same time that the Spanish flu was raging around the globe. The victory garden movement was so successful that at its peak production, “it’s estimated that home, school and community gardeners produced close to forty percent of the country’s fresh vegetables from about 20 million gardens.”1

The victory garden movement was revived during World War II. “Gardens flourished on the home front because people were eager to cultivate something beautiful and useful in times of great stress and uncertainty.” 2 It was my grandfather, who lived in Queens near JFK airport, who introduced me to his still existent and thriving victory garden as a child during the 1960s. He would take me out to the backyard to help him pick tomatoes, peppers and a variety of other crops. My father carried on the tradition at my childhood home in Suffolk County and I have continued the practice of growing a large part of my own food requirements here in Preble.

After World War II, as the economy expanded, employment was plentiful and people realized that it was easier to work at their jobs than to grow their own food. A garden was hard physical work without guaranteed results. As people felt more secure in their economic well-being, victory gardens were mostly abandoned and turned into lawns.

With the recent economic shock of the corona virus, many unemployed people have decided to once again start up gardens. These modern gardens have been renamed from victory gardens to pandemic gardens. The scenario at this time in history is not world war, but the economic fallout from the corona virus. There are currently many forces at play that are converging to create a situation where food supplies may not be as plentiful in the future as they were in the recent past.3

On April 13, Kentucky Congressman, Thomas Massie warned of food shortages, resulting from plant closures and broken food distribution infrastructure. As we do our regular shopping, we see empty shelves and shortages first hand. These current events have exposed the shortcomings of our just in time food supply chain. We see the paradox of shortages in some areas and surpluses in other areas. The surpluses are to the extent that farmers are actually dumping milk and plowing under crops due to the sudden lack of demand in the specific markets that they serve. Meanwhile other people go hungry. Growing a vegetable garden can provide a physical outlet for exercise, and the satisfaction of personal pride by producing a needed tangible product.  This is something that the individual can do to alleviate the stress and the challenges of the current times. Just as our great grandparents and our great, great grandparents had to rise to the challenges of World War I and the Spanish flu (The Spanish flu infected one out of three people and killed 50 million people worldwide)4, we can rise to the challenges of the corona virus and the economic difficulties that are present and yet to come.

© 2018 by Town of Preble, NY
PO Box 234, Town Hall, Preble Rd., Preble NY 13141
Lat:42.734873 Long: -76.145347
All rights reserved.The appearance of external hyperlinks does not constitute endorsement by the Town of Preble of the linked web sites, or the information, products or services contained therein.
Site Login